9 Fantastic & Useful Tips and Tricks for your iPhone and iPad

The iPhone and iPad are very popular devices that help you become more productive in your daily life. There are plenty of ways to use your device faster and more efficiently.

The following list contains some of the best tips and tricks for iPhone and iPad users.

You can convert the keyboard to thumb-typing mode by pinching your fingers together and releasing them across the keyboard.

You can organize your apps by holding down on an app until it jiggle and then drag it over top of another app to create a folder. Then, add other apps into the folder as well.

If your iPad is stolen, you can stop thieves from accessing your data by adding a feature that erases data after 10 failed password attempts. Go to Settings>General>Passcode Lock>Erase Data.

You can take a photo of whatever is displayed on your screen by pressing the Home and Power buttons at the same time. You will hear a click to indicate the photo was taken. You photo will appear in your Photo Gallery.

If your phone ever freezes or locks up, you can press and hold the Home and Power button at the same time to reboot.

Charge your phone while on airplane mode.

You can change your keyboard language by going to Settings>General>Keyboard>Keyboards>Add New Keyboard and then pick whichever language you want.

To prevent messages from popping up on your screen, go to Settings>Notifications>Messages>Show Preview and your family won’t be able to see who’s messaging you.

Apps don’t entirely close after you leave them. Apps are hiding in the background, but you can close them by double-tapping your Home button until they pop up at the bottom of your screen. You can then swipe them up to the top off your screen until they are gone and closed entirely. 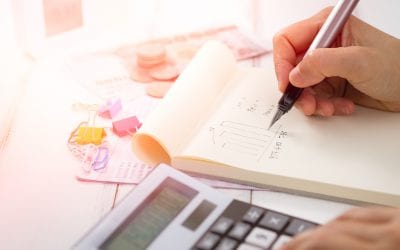 Accountants have little room for error. Tax returns, financial statements, payroll and the like require 100 percent accuracy. Compliance dictates the need for audits for some companies which are critical to financing and credit. Your IT partner must understand the... 6 Sneaky Phishing Scams To Watch Out For This Holiday Season

Cybercrime is a serious issue year round, but there is something about the holiday season that seems to bring out the very worst in the type of people who happily profit by preying on others. Phishing scams have long been a favorite tool of cybercriminals, and many... What Exactly Does Malware Do To Your System?

Anyone who has ever used a computer has at least a vague understanding of what malware is. But just to make sure everyone is on the same page, malware is an umbrella term for any software that stops an electronic device from working properly. That's right. It's not...