“If you want to know what your reputation is, and if you want to improve it, you’ve got to listen to other people.”

Rashaad Bajwa is the Founder and President of 360score.me. They provide a 360 degree review tool for organizations to allow their employees to anonymously provide feedback to each other.

Rashaad: “The Amygdala, a lot of people like to call it the Lizard Brain, is responsible for our fight or flight response. When we are providing feedback to each other, negative feedback, immediately, your brain recoils. It’s the Amygdala that’s responsible for it because it wants to protect you. It wants to protect your ego, maybe you’re insecure, whatever emotion you’re feeling. Anger is a very common one.”

Rashaad: “It’s what keeps people from being able to fully process that feedback that they’re getting. In most organizations, the damage it can cause to interpersonal relationships is so dramatic that we got to figure out how to keep it in control.”

Rashaad: “When the amygdala triggers, how do we fight that urge to not go on the defensive, and instead, actually be open to what someone is telling you? Luckily, we have that built into our brain too.”

Rashaad: “When people say, ‘take a breath, sit on it, come back to it later’, that’s what they’re talking about. They’re basically saying, ‘let your Amygdala chill out’. Now you need to be able to process that feedback or comments. You might have a chance of actually hearing it and being able to act on it. You may realize this person’s not attacking you, this person is actually there in your best interest to try to make you the best version of yourself.”

Rashaad: “It takes a lot of self-control. It takes a lot of focus on the Prefrontal Cortex. I think you have to be intentional about it. Some of us are going to be better at receiving this critical feedback than others. There’s no doubt about it. We always say what you think of yourself is ego, what everyone else thinks of you is your reputation. If you want to know what your reputation is, and if you want to improve it, you’ve got to listen to other people.”

Rashaad: “What makes it radical candor as opposed to obnoxious aggression, is you being able to connect the dots in your head. Allowing your Prefrontal Cortex to connect the dots. Why would I be getting this feedback? If you assume that it’s coming from a caring place, then you have a higher likelihood of actually hearing it, listening to it, and acting on it.”

Rashaad: “If we continue to live in a world where we aren’t operating up here, there is so much trapped in our mind that we know about our peers and our loved ones that we are not sharing with them. Purely because it’s either inconvenient or we don’t have the skills to be able to deliver it in a way that’s going to get received. When we went down the road of creating 360score.me, that was a big part of it. We wanted to make it easier for people to share radical candor with each other.”

To learn more about Rashaad, connect with him here on LinkedIn. 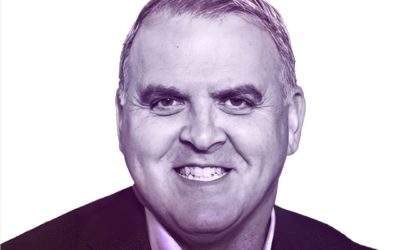