The future of cloud computing in business Businesses have spoken, and the verdict is in: The cloud is the favorite choice for storage, database backup and software development. But is the cloud really the end-all be-all of modern computing—or is it destined to be supplanted by something bigger, better and faster? Today, we’ll gaze into our technological crystal ball to see what the future holds for the cloud.

The next year or two will see more hybrid cloud adoptions, experts say. Hybrid clouds offer the security benefits of a physical server for mission-critical data, coupled with the flexibility of a virtualized server for scalability and a rapid response.

Why the sudden interest in hybrid clouds? Mostly, this has to do with security. With data breaches at an all-time high, migrating every piece of data to the cloud suddenly doesn’t seem like such a great idea. Hybrid clouds offer a middle ground, allowing you to protect sensitive data with the high-level security of a physical server. The best of both worlds!

The rise of the multi-cloud

Another predicted shift involves moving to a multi-cloud model. Research shows that many companies are already operating over multiple clouds—for instance, the average enterprise runs applications over at least four separate clouds. There’s more to that than mere coincidence, however. In fact, many businesses prefer the multi-cloud model and actually consider it part of their technology strategy.

Using multiple clouds protects businesses from unexpected data center outages and denial of service attacks. This approach also makes it easier to lock out a vendor in the event of an issue. That said, the multi-cloud model is not without its challenges: An application (or developer!) may behave differently on one cloud than it does on another, owing to variances in separate IT environments. But with more businesses spreading workloads across various networks, it doesn’t seem that the multi-cloud will be going away anytime soon.

The dawn of edge computing

Speed is a persistent cloud-related issue. Data traveling over cloud networks takes about 100 milliseconds to reach its destination—which is pretty fast if you’re, say, pulling up a list of the nearest pizza joints, but it can literally mean the difference between life and death in the context of a self-driving car. An emerging era of automated devices, bots, AI and VR requires hyper-fast networks that can deliver near-instantaneous results.

That’s not going to happen over the cloud, though—at least, not with the cloud as we know it today. After all, your company’s cloud network wasn’t birthed out of thin air. Rather, it’s powered by a huge remote data center that could be hundreds of miles away from your offices, and data traveling over long distances can only go so fast.

Enter edge computing, which moves data processing to the very fringe of the cloud, i.e. closer to actual devices. With edge computing, devices themselves actually act like small data centers on wheels (or wings, if you happen to be talking about a drone). And this approach might move computing from today’s centralized model of massive data centers to a distributed framework of free-moving clouds.

Only time will tell, but one thing’s for sure: It’s going to be an interesting couple of years for the cloud. Here at MyITpros, we’ll be watching with rapt attention! 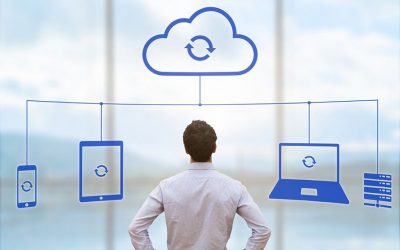